100 days on: How Black Desert Mobile is drawing in new players while keeping its hardcore fans happy 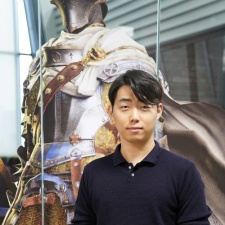 Black Desert Mobile landed globally in December 2019, and it's taken the world by storm since. It cleared 20 million downloads in less than two months of its global release, and the Black Desert series as a whole has cleared $1.5 billion in revenue, a staggering feat however you cut it.

But Pearl Abyss isn't content to rest on its laurels, and has been constantly updating and improving the mobile outing with new content, including a major update featuring a new class, the Dark Knight.

To find out more about what these updates mean for players, and how the studio is still attracting new fans as it provides more content for its hardcore audience, we spoke to Black Desert Mobile lead producer Yongmin Jo about the game's performance and what we can expect from it in the future.

PocketGamer.biz: How do you feel about Black Desert Mobile's performance so far after its first 100 days of global launch?

Yongmin Jo: The whole team is very proud of what we have done so far. We achieved over 20 million downloads in over 220 countries. We feel humbled by the success and are determined to improve the game to satisfy our user base.

What are the main differences between the Asian version of Black Desert Mobile which was originally soft-launched and the final, global release?

The Asian version was the first model of Black Desert Mobile and we had always planned to build and shape the game around feedback and fans requests to fit the global market. We wanted to balance the game to not only create a user friendly experience but to also bring global communities together in a pick-up and play MMORPG experience.

The base content between both versions is more or less the same, but we differentiate content to cater for specific regions. For the official global launch we created a lot of exclusive content such as the node management system that allows Adventurers to collect the rewards and resources throughout the world.

A lot of strong content was built before the official launch which gave us the luxury to prioritise certain updates that appealed better to Western audiences. For example, we have updated the global version with our Ascension system much faster than we did in the Asian schedule, this is so that our audiences could experiment with the alternative class play-styles sooner.

Another big advantage of the global build is that most critical bugs have already been ironed out, which provides for a much smoother experience.

Classes are relatively balanced with regards to how they are distributed amongst players. What you see often after a class update is that the entire community jumps on that character to try if they like it.

Standouts currently are the Dark Knight and Sorceress classes. Players in the West definitely like their AOE (Area of Effect attacks) for efficiently grinding mobs.

The Dark Knight update also introduces harder versions of the game's toughest bosses - are players ready for this increased level of challenge?

High level players should be up to the task. We wanted to celebrate Dark Knight's launch with several events and content updates as well as providing a new challenge for adventurers who joined us at the very beginning and are looking to test their skills.

The new update adds content that existing players are likely to find rewarding - does this update add anything that might attract new players?

Well the new Dark Knight class is one. We always see an influx of new players who are very dependent on playing a certain class type. Furthermore, we continuously improve tutorial systems and the game's UI to guide new players through the first stages of the game.

We also introduced certain catch-up mechanics to the game that allows new players to quickly be on par with the community at large in terms of abilities and skill.

Daily login rewards and frequent smaller content updates ensure that newcomers have something to look forward to. These rewards and items gained from the smaller in-game events will help new adventurers on their way.

Also the quests and their underlying relation to the many systems in Black Desert do a good job in easing players into the new content.

What would you say is the number one feature Black Desert Mobile players are asking for, and do you have plans to bring it to the game soon?

One of the features that users wanted to see the most is the ability to be able to heal. They even used the hashtag of #HealSkillWhen when expressing their wishes. So we added healing skills to some of the characters and all Ascended classes (an alternative form of each class) have healing skills now.

I think the most important thing here is that we take user feedback very seriously and base many of our improvements and updates on those. Aside from player feedback, we look at data as well to improve the game.

What else can we expect from Black Desert Mobile in 2020?

We are preparing a menacing lineup of new world bosses, character classes, new regions. Other features that will be coming soon include World Management, which is a new regional PvP system and The Great Desert Expansion, which includes two new territories in the Valencia region.

Also we will have a lot of content for Black Desert families. We updated the Tower of Trial feature in March, and that acted as the stepping stone for this content, not just for a class but for the whole family. This is the reason why we give the ‘family name’ to the account, with this content specifically aimed towards Black Desert families, such as Path of Glory. Adventurers will see that soon.

Aside from the bigger updates we will constantly be improving the game weekly with smaller content updates, ingame events and more.

China and South Korea are driving Eve Online into the future