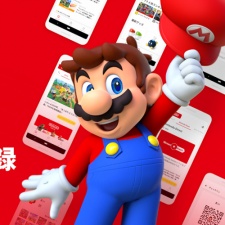 Nintendo has launched a My Nintendo app on mobile for users in Japan.

As reported by Japanese Nintendo, the new app offers a range of services such as the ability to watch videos, including Nintendo Directs, purchase Nintendo Switch software, and keep up-to-date on the latest news relating the company.

If users link their Nintendo Network ID to the app, they can also view Nintendo Switch, Wii U and 3DS game records.

Anyone attending Nintendo live events or the official Nintendo store in Tokyo can 'check-in' via the use of a QR code scanner via the app.

The My Nintendo App is available to download from both the App Store and Google Play. There has been no word whether the app will roll out to other countries. PocketGamer.biz has reached out to Nintendo for comment.

It was recently reported that Nintendo was one of several companies to donate masks to aid against the coronavirus.

On top of this, one of the huge successes during the pandemic has been Animal Crossing: New Horizons. The happy home simulator shifted over 1.88 million copies in Japan from its first three days of release.

Shigeru Miyamoto talks working with Apple, Pokemon GO and why the Switch was helped by smartphones