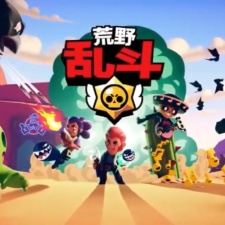 Supercell's Brawl Stars made a great start in China as it grossed $17.5 million in its first week, according to Sensor Tower.

The game was launched in China on June 9th, and on top of its impressive earnings, the multiplayer mobile shooter accumulated 4.8 million downloads – 71 per cent of the 6.7 million installs worldwide. Furthermore, the country made up 60.1 per cent of the total global revenue that week which sat at $28.8 million.

Brawl Stars' Chinese launch has proven to be more successful than its global release in December 2018, where it earned $11 million and picked up 15.5 million downloads.

Not only has Supercell's game made a strong start in China, but it has also actually topped the performance that Clash Royale had there in its opening week. In its first seven days, the strategy game generated $9.4 million and garnered 4.1 million installs. However, it has gone on to make $203.5 million and see 25.2 million downloads.

Moreover, Brawl Stars has generated $675.4 million – $150 million of which was made in three months – and accumulated 204.3 million installs worldwide. The game did see a surge in downloads earlier this year with a 35 per cent increase, no doubt a knock-on effect by the ongoing coronavirus pandemic.

Most of Brawl Stars earnings has come from Google Play - at $364.5 million it makes up 54 per cent of all revenue. Meanwhile, the App Store has generated 46 per cent of all player spending at $311 million.

In terms of downloads, Russia has shown the most love for the game as it has 11 per cent of installs at 22.5 million. At No.2 is Brazil, the country has hit 18.8 million downloads, 9.2 per cent of the total. In third place, the US makes up 7.6 per cent with 15.5 million installs.

Supercell’s Brawl Stars racks up $63m in its first month