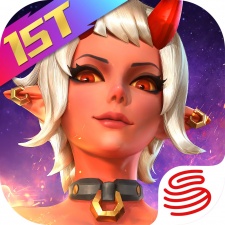 As revealed in a Facebook post, the game has hit the milestone just in time for its first anniversary this month.

Speaking of its first anniversary, the game is gearing up to celebrate with a variety of events including a new character and carnival. Furthermore, Season 5 for the battle royale has begun.

The Chinese company has recently revealed its partnership with Warner Bros; together, the companies will create The Lord of the Rings: Rise to War – a mobile strategy game set in the fantasy universe created by J.R.R Tolkien.

In June, NetEase launched an open beta in China for Harry Potter: Magic Awakened. Furthermore, this month, the firm soft-launched its strategy card game Marvel Duel. The title is available in Thailand, Indonesia, Malaysia and the Philippines for Android devices.

NetEase’s PUBG-like Knives Out pulls in over $370 million