Springtide Ventures, a member of the KKCG group, was the lead investor of this financing round, with existing investor MCI Management participating as well.

Geewa's plans for the funding include growing the company's game portfolio across both browser and mobile platforms.

It has three new games planned for 2014.

Pool Live Tour,  Geewa's flagship title, sees an average of 10 million players per month across its various platforms - which is, no doubt, part of the reason why Geewa plans to focus on casual competitive multiplayer games going forward.

Geewa CEO Jens Hilgers put a firm focus on the future when discussing the recent funding round.

"Being true believers in games-as-a-service we are striving to build sustainable multiplayer games that keep our players excited for many years," Hilgers began.

"We are glad that with KKCG Group we have found a strong financial partner who shares our vision and strategy on games development and is actively supporting us in establishing Geewa as a driving force in games production within the CEE Region."

Headquartered in Prague, Geewa has 70 employees spread between its central office and its locations in Brno and Berlin.

Representing the former colonies, Matt keeps the Pocket Gamer news feed updated when sleepy Europeans are sleeping. As a frustrated journalist, diehard gamer and recovering MMO addict, this is pretty much his dream job.

Geewa, Tencent, Snap Inc and the IMGA to speak at the first ever Pocket Gamer Connects Jordan

PGC Helsinki: Marek-Martin Matyska will be talking about game design for competitive gaming and more 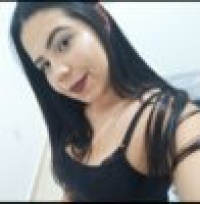