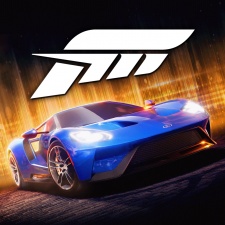 Maxon Pugovsky is a Ukrainian expat living in Saigon, also a Mobile Games Producer at Gameloft.

The world of mobile games is ever changing, with a constant stream of new releases flooding the various app stores.

In such a world of plenty, many notable releases can slip under the radar, hence this regular list, highlighting the most interesting releases over the past month.

It's broken down in various thematic sections, making it easier to see what's going on.

Curated by Maxon Pugovsky, this is an edited version of his regular roundups on Medium.

You can also check out the list for previous months here.

Merging of fantasy objects and narrative with characters from classic fairy tales.

Slingshot hockey game from the studio owned by Supercell.

Official Olympic mobile game is here in spite of the Olympics cancellation. Collection of mini-games with Sonic and friends.

An idle game where you build your popularity by managing the social life of a teenager in the 80s.

Place food on a plate in a fancy way, like in a TV show.

Word game based on a TV show.

Hypercasual runner from the shaving brand. If you are actively playing the game, the brand is donating money to St. Baldrick’s Foundation for childhood cancer research.

Build and chain Factorio-styled conveyors to produce different stuff in a post-apocalyptic world.

Shoot’em up with nordic themed archers.

Adventures of cat Kiki on a tropical island.

Multiplayer 2D-shooter, where everyone is invisible. You see enemies’ traces when they move and shoot. Crossplay with consoles and was originally released on Steam in February 2017.

Visual novel about searching for connection.

Full Motion Video RPG game about escape from a dungeon, although on video you will see only the narrator. Interactive video realisation of the gamebook by Ian Livingstone, co-founder of Games Workshop.

Rogue-like twin-stick shooter where you fight against mischievous fruits.

Post-apocalyptic RPG inspired by old-school Fallout 1 & 2. Funded on Kickstarter and available on Steam since December 2018.

Remake of Japanese visual novel released on consoles 10 years ago.

Digital board game, where characters fight against Otherside monsters. Inspired by Stranger Things.

Platformer, where character investigates a strange world after waking up from a coma.

Side scrolling endless runner with SpongeBob and his friends.

Malasian indie studio Kaigan Games, which behind Simulacra detective dig-into-the-victim’s-phone games, will develop a similar horror game for the Doctor Who franchise.

Remake of jRPG released on Nintendo GameCube in 2003.

Reply
Rob Belman Salesman
Thank you so very much for this very insightful and informative article, with so many mobile games coming out every year it is very easy to miss many titles, even ones that turn out to be very good and very memorable. I myself love to play lots of games and I would like to share a very addictive game that I just cannot stop playing, follow the link below to play it and I bet you cannot play just once LOL!!