Indie Spotlight: Why KO_OP believes Apple Arcade is the perfect introduction for non-gamers 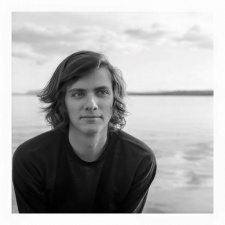 This week, we spoke with KO_OP art director and game designer Sam Boucher on the forming of the studio and how Winding Worlds found its place on Apple Arcade.

Sam Boucher: After approximately three years of having finished CEGEP, which is close to what community college is in the USA, I was freelancing in graphic design and illustration before obtaining my first contract for an iPad game. It turned out they didn't have a designer, so I ended up taking on the illustrations.

I was working with an artist who mentioned that I should go to the monthly local game developer meetup called Mount Royal Game Society. I went and was amazed by all the creativity. More so, I learned about the Global Game Jam and made my first full game with total strangers in 48 hours. It was extremely stressful but also a really cool thing to finish.

After posting concept art for a game I wanted to make on the MRGS forum, Saleem Dabbous (studio director) contacted me. KO_OP was one year old at that point and we started working on the game while getting new contracts from Cartoon Network and the National Film Board of Canada. That game eventually became GNOG.

Coffee first. After that we always start with a stand-up meeting at 10:30, updating everyone on what we're working on. When we are in production, we have a giant list of tasks to complete in various spreadsheets. If we're in pre-production it can be doing some concepts, refining a pitch, or prototyping.

Since we're a small team we're all doing a bunch of different things. Right now, I'm taking care of our transition to being a real co-op while prototyping some interactions for our new game using Bolt in Unity.

Additionally, I'm working on several tasks for Winding Worlds. At the end of the day, a number of us usually hang out in Discord, streaming games and talking about how to make the perfect hummus.

Money and visibility. When you're starting out it's really hard to get people to notice your games because there are so many out there. Even if your game is genuinely super good, having eyes on it takes time and a lot of work. We were really lucky to find people who believed in us and helped us out pretty early on.

As for money, there's always a little fear in the back of my head that zero pitches would get funded or that our games would make zero money.

Our games are starting to grant us more resources to be a bit less stressed, however, I think it will always be a constant worry, but it is something we are learning to manage in a healthy way. Unless we achieve immense success, I think we'll always have to think about money and plan for the future, so we better learn how to manage and organise around it.

Success is such a broad subject. I can't speak for other team members but personally I think that if we can make games that resonate with people while also bringing in a bit of money to come up with the next one, I'd call that a success.

Success can, however, mean so many different things to so many different people. I'd say a big financial success for a company that has a toxic environment with bad ethics and lots of "crunch" is a failure to me, for example. I think if you make a thing in a healthy way and that brings you opportunities to make more, that's a success.

If we can make games that resonate with people while also bringing in a bit of money to come up with the next one, I'd call that a success.

No real deep thoughts, things are always changing and we learn to adapt!

I think at KO_OP there's always a desire to reach an audience who wouldn't be super familiarised with games. We like to open that door, introduce them to a medium where there's a lot of things that everybody can relate too. I think mobile opens up the category of curious people who want to try different things - especially with Apple Arcade.

Now people can really move out of their comfort zone and try things they wouldn't normally. We have a bunch of reviews from people saying they weren't sure they would like Winding Worlds but tried it anyway and, in the end, it ended up touching them deeply. That always feels magical to me.

Could you tell us about Winding Worlds?

Winding Worlds is a light puzzle game about helping each other, taking care of yourself and moving on. You play as Willow, who's going through different planets through a magical portal and explore touching stories about the characters she meets.

We wanted this one to feel very accessible and to have the interactions be intertwined with the narrative. It has the feeling of a digitally enhanced pop-up book.

How are you as a studio coping under the current Covid-19 pandemic?

I think we're doing okay. We made sure everyone at KO_OP has everything they need to have a cosy office at home. We're using the same processes we were using pre-pandemic, so not a big change for us. I miss hanging out with the crew though.

We just announced our new game Goodbye Volcano High and this is the biggest game we ever made. We also released Dépanneur Nocturne which is part of a new KO_OP "label" we call KO_OP mini.

KO_OP mini is basically the umbrella under which we'll release small games with zero intention of making money out of. Just pure pressure-less experimentations. We're also transitioning into being a legally recognised co-op. Overall, I think we always will work to improve how we organise and plan our games, so it gets a little less difficult every time we make one.

We're not waiting for an unlimited budget to make the games we want to make. For one it would never happen, but I think we'd still be making a game we're all invested in and that we'd be eager to share with the world.

Remember that finishing a game is a miracle. "Making it" will depend on what your expectations are. Keep them low. Keep on shipping and sharing stuff you make. No matter how personal/weird/extravagant or popular your ideas are, there's somebody out there waiting for the exact thing you're making right now.